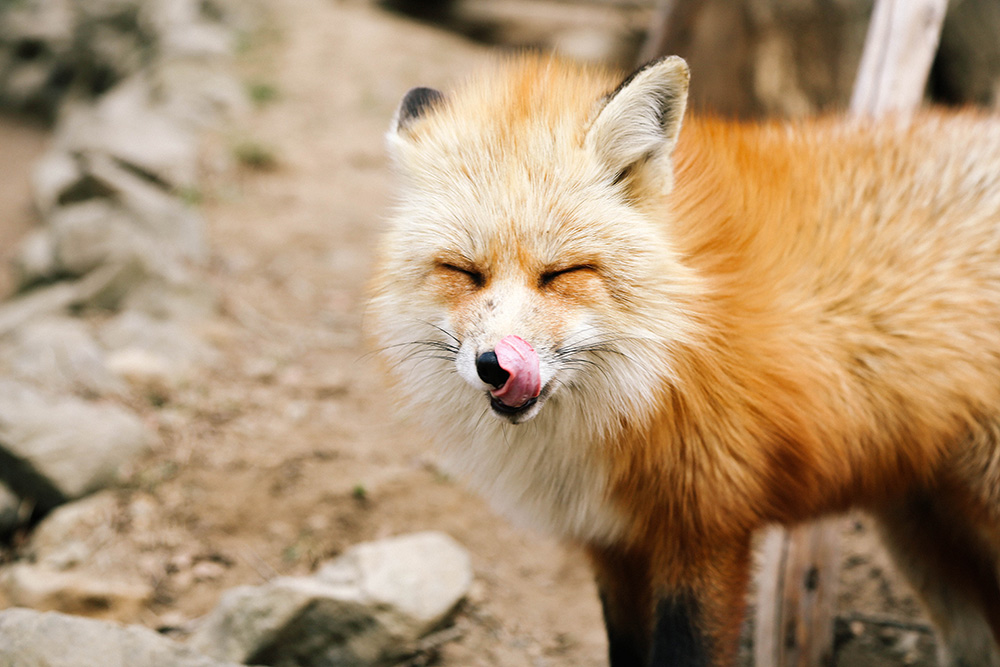 There are all kinds of ways to meet the local animals in Japan, including cafes such as Owl Village, parks like Jigokudani Monkey Park and islands such as Okunoshima and Tashirojima, famous for their populations of bunnies and cats. One of my recent trips started with a visit to such a place; Zao Fox Village in Shiroishi, a sanctuary famous for it’s population of over 100 foxes roaming around. 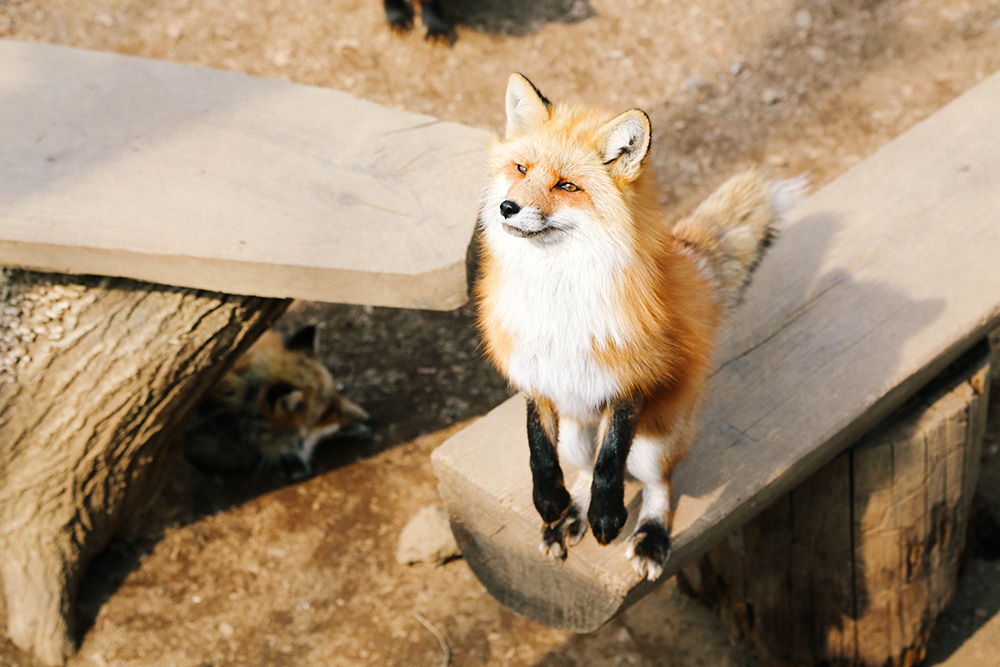 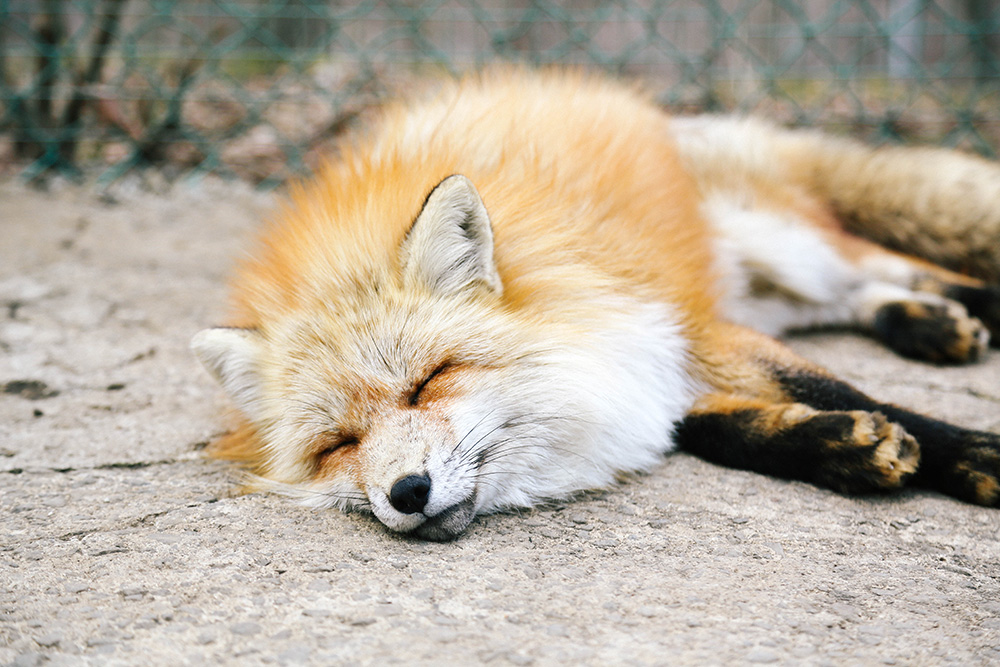 Foxes (kitsune) are revered in Japanese folklore, where they are often considered both intelligent and magical. In yokai culture (dealing with supernatural beings) they can even shapeshift into human form. They’re also a special figure in religion and kitsune statues are often be found protecting Shinto shrines. 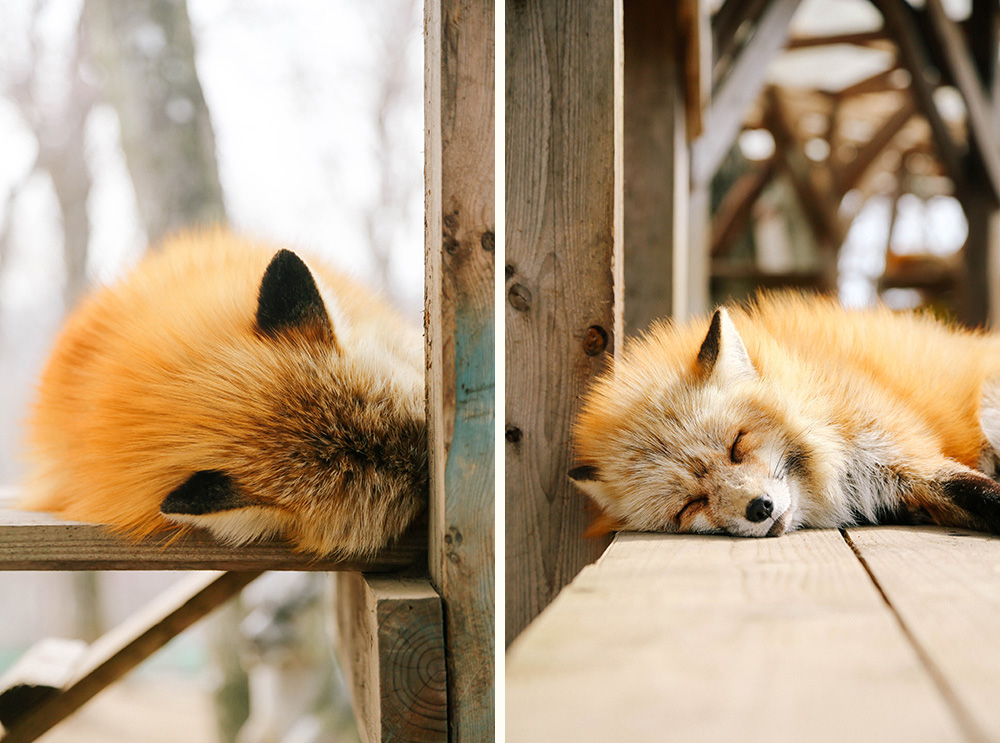 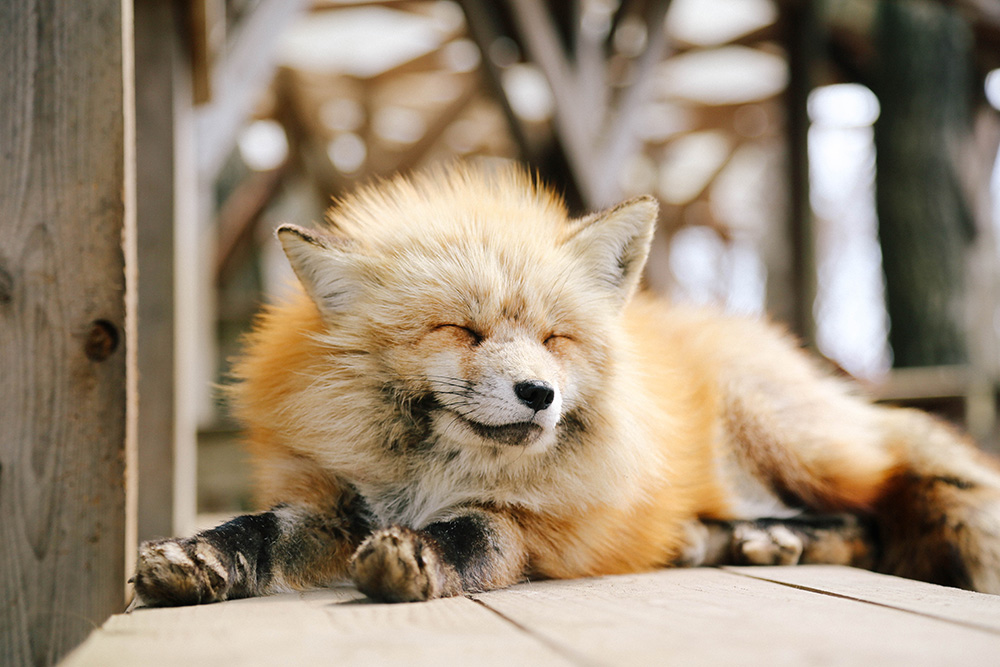 The village is home to six breeds of this adored animal in all their various colors. After paying the ¥1,000 admission fee and purchasing optional pellets to feed them for ¥100, you enter a petting zoo area which includes other animals such as goats and bunnies. From there you enter the sanctuary, a large open area where you walk around freely among the foxes and can feed them from a raised platform. 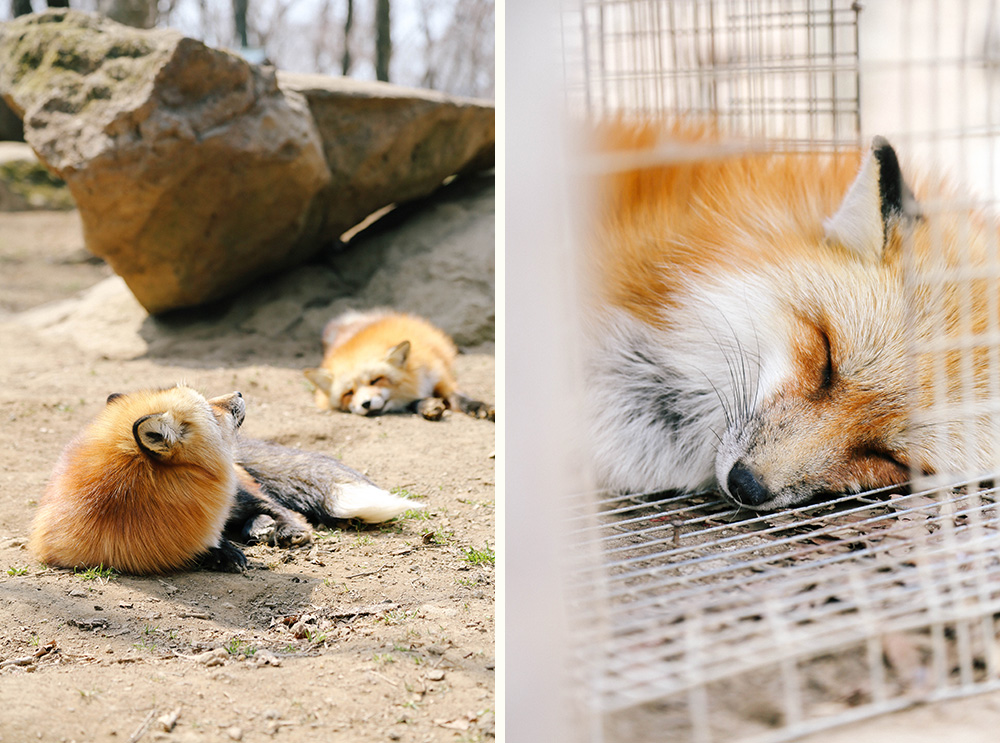 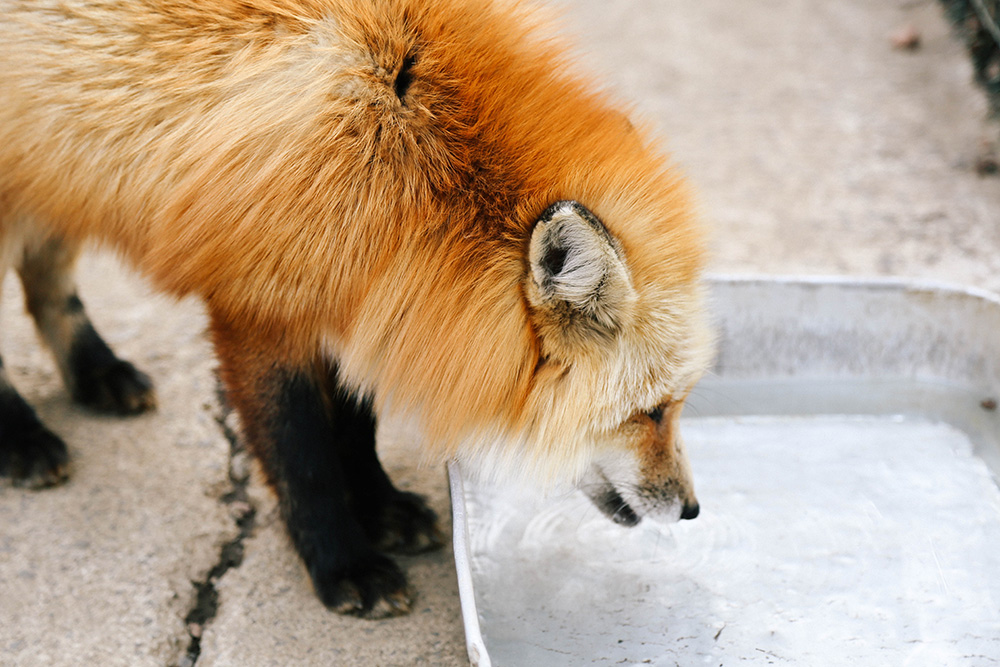 I loved being able to watch the foxes so closely, despite my nerves as they’re wild animals after all. Many of them were sleepy and lazy, curled up in the sun or piled together in huts around the park. The park has mixed reviews for obvious reasons, but from what I saw they seemed well cared for. They showed their true colors when it came to food, but otherwise were relatively uninterested in the visitors around them. 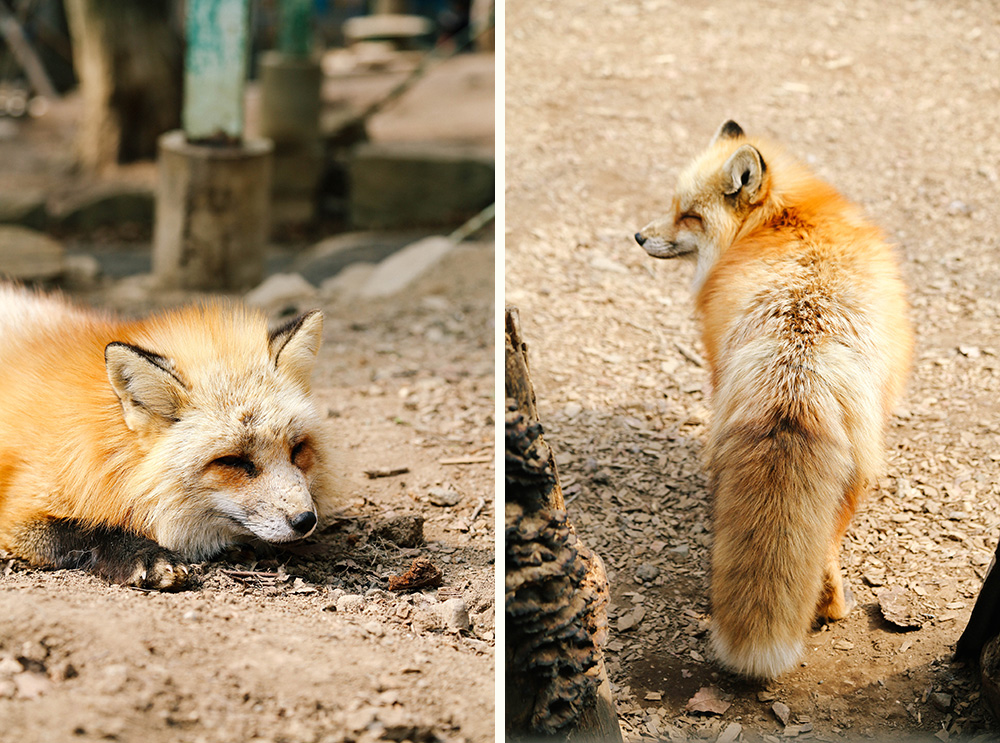 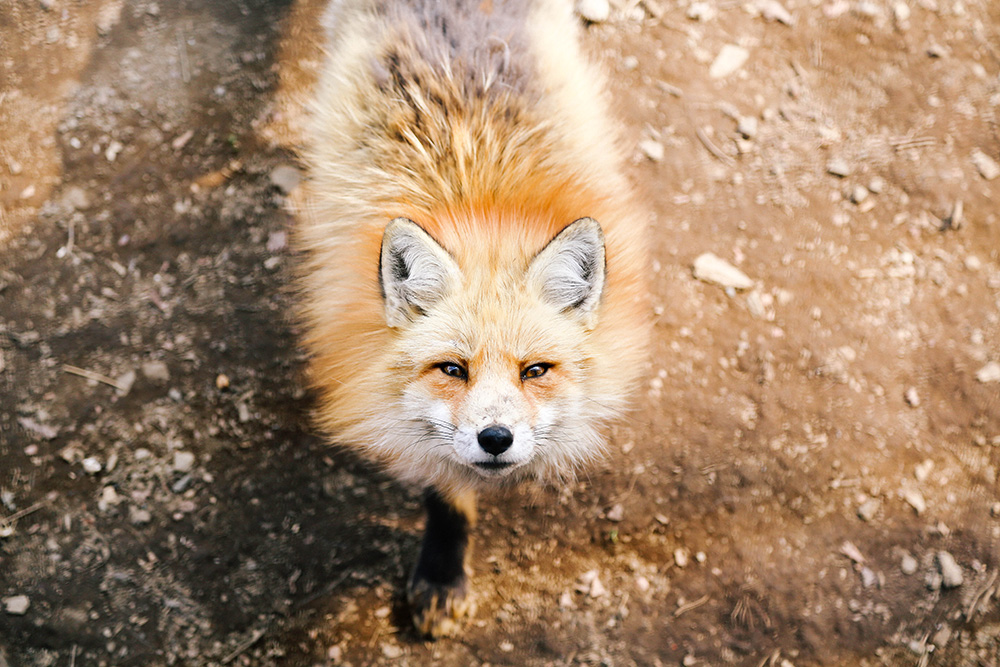 Located in Miyagi prefecture, the fastest way to get to Zao Fox Village from Tokyo is via the Yamabiko Shinkansen to Shiroishizao, which takes 109 minutes at ¥10,350 per adult, one way. From there it’s a 20 minute cab drive through the mountains to the village, around ¥4,000 each way. I’d love to return some day and see these cute little guys when the park is blanketed in snow! 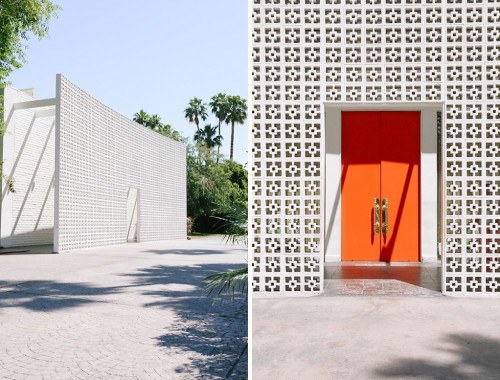 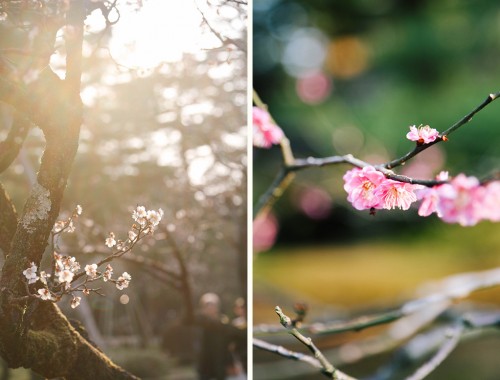 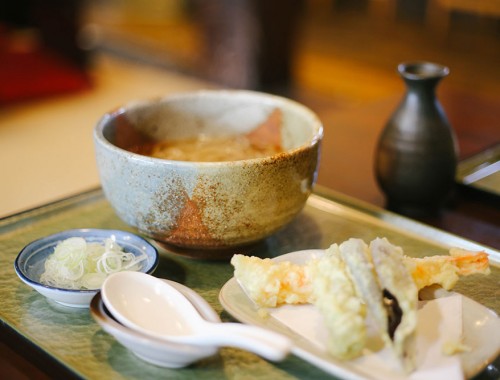