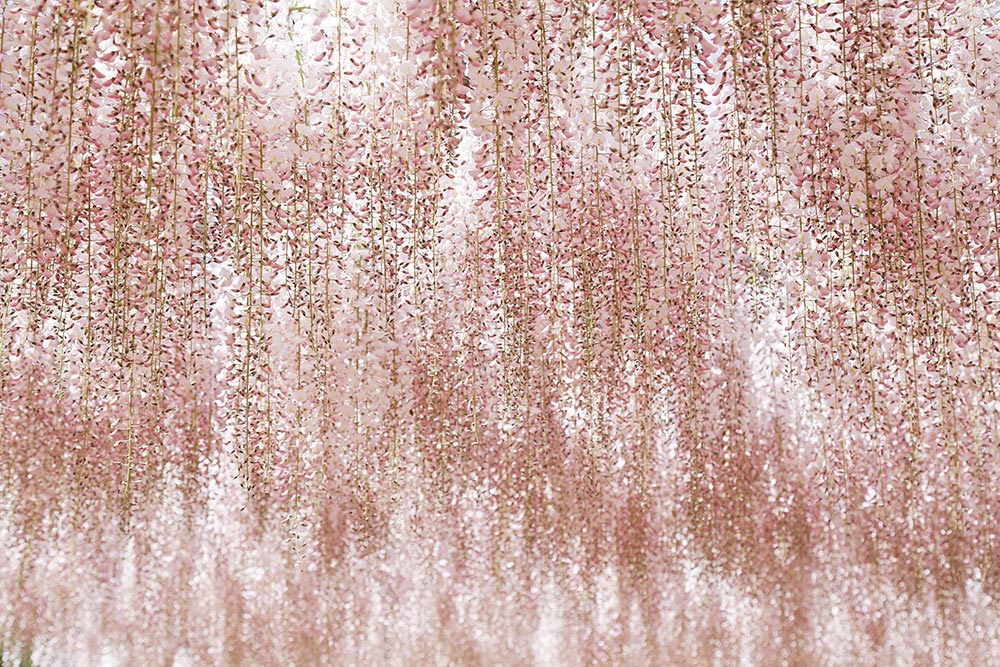 Nature is often manicured to do the most amazing things in Japan. The Ashikaga Flower Park in Tochigi Prefecture is no exception. Located a few hours north of Tokyo, it’s most famous for the wisteria flowers that come into bloom in late April. They appear in a variety of colors, with some of the oldest trees trellised into spectacular canopies and tunnels. 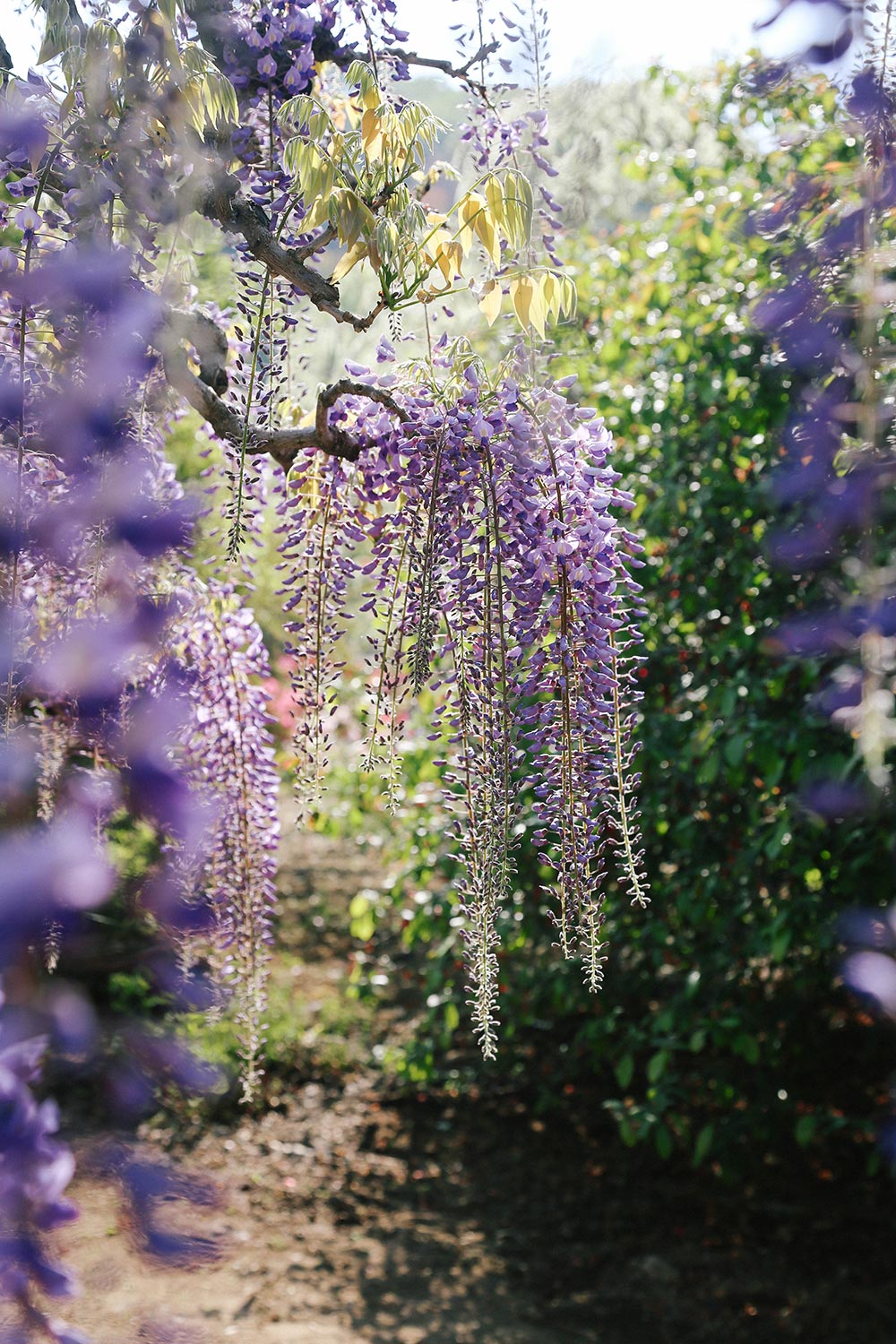 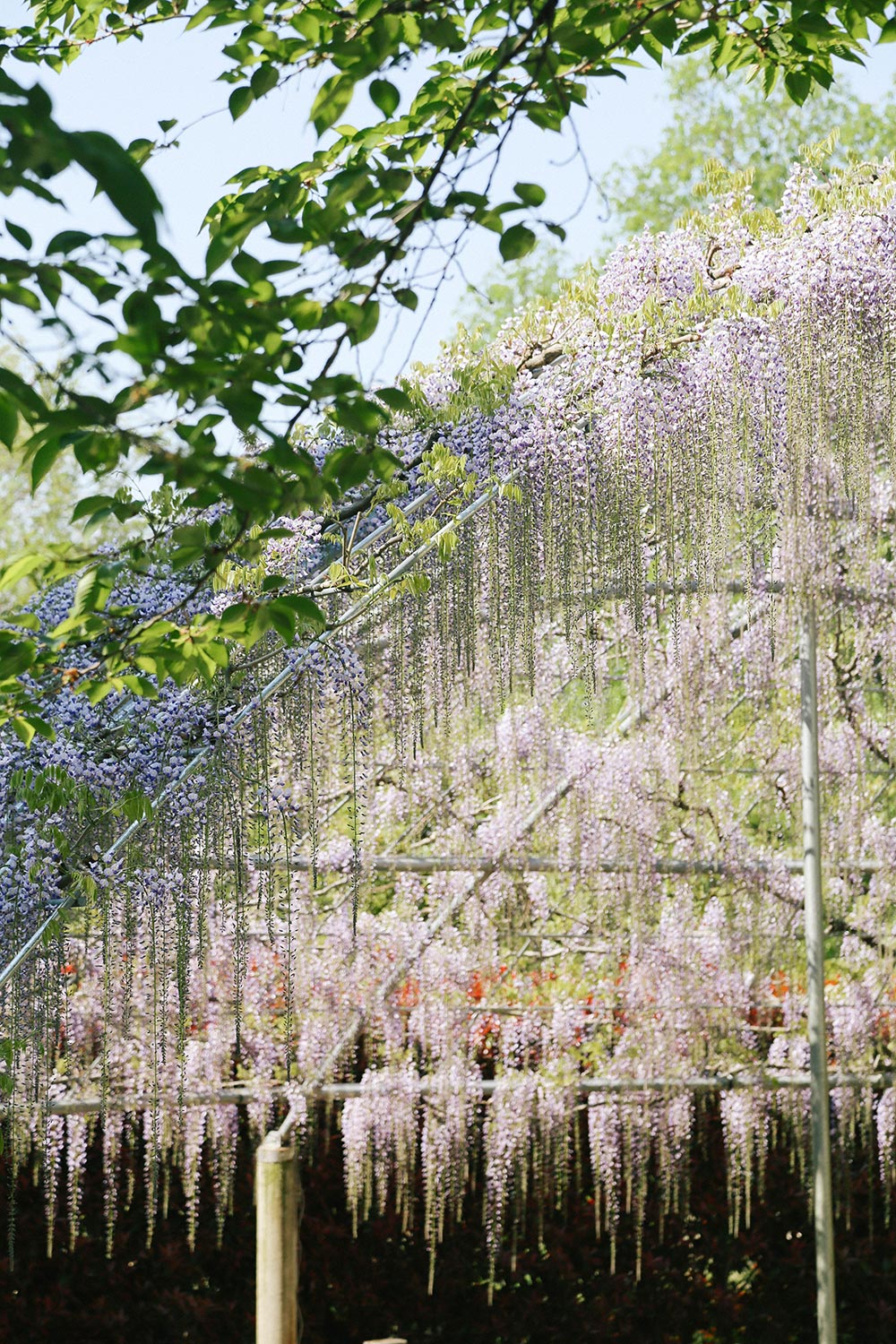 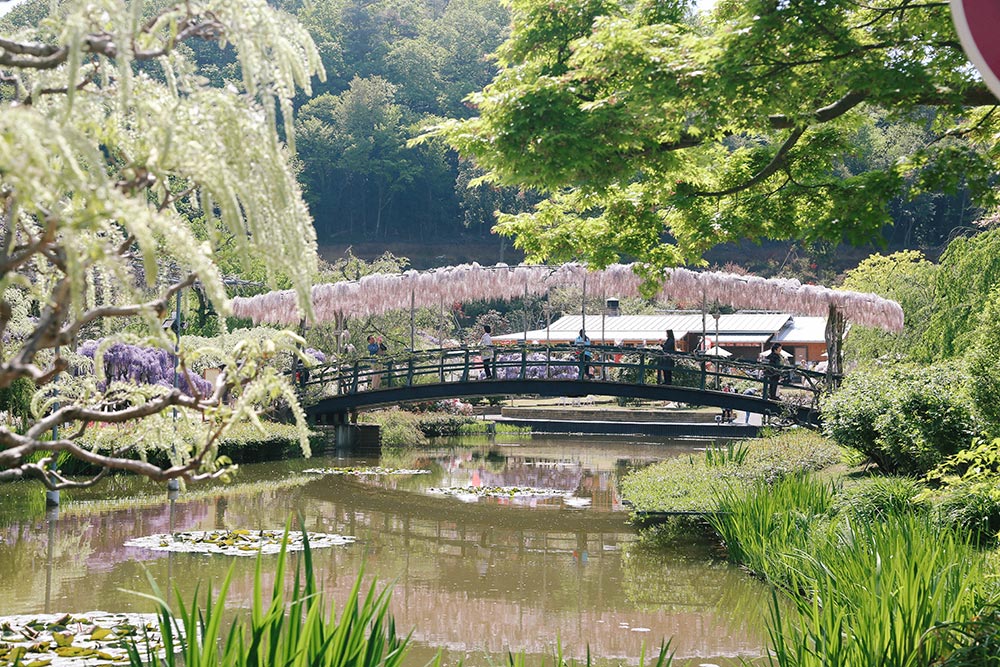 Wisteria only have a short bloom once a year, so visitors flock to the park. To try and avoid the crowds, I chose a weekday and set out from my neighborhood at dawn when it was still eerily empty. After numerous transfers through trains full of teens balancing backpacks and views of schoolchildren wandering between rice fields, I reached the park in the early hours. People had gathered, but there was plenty of space and the silence was peaceful. 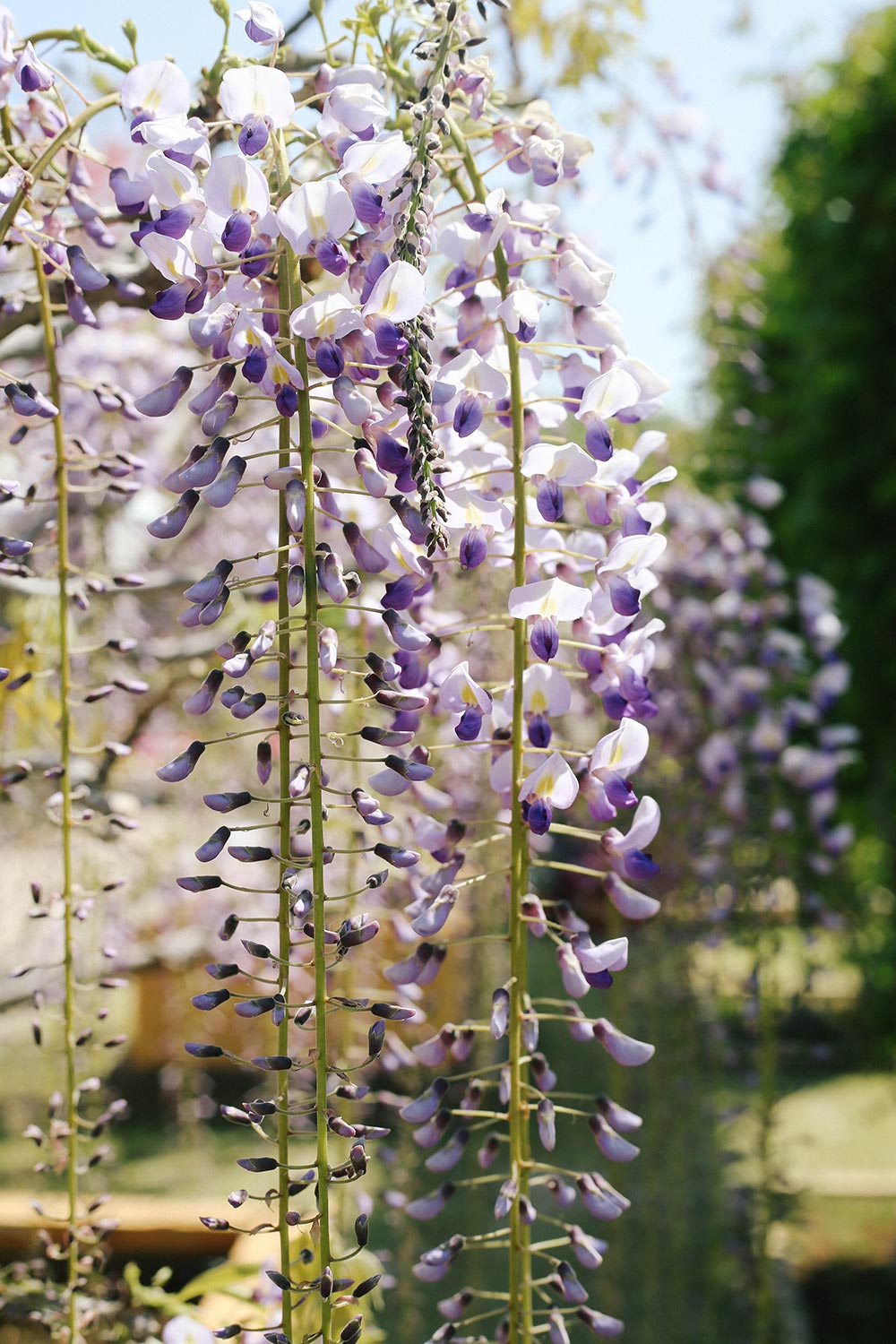 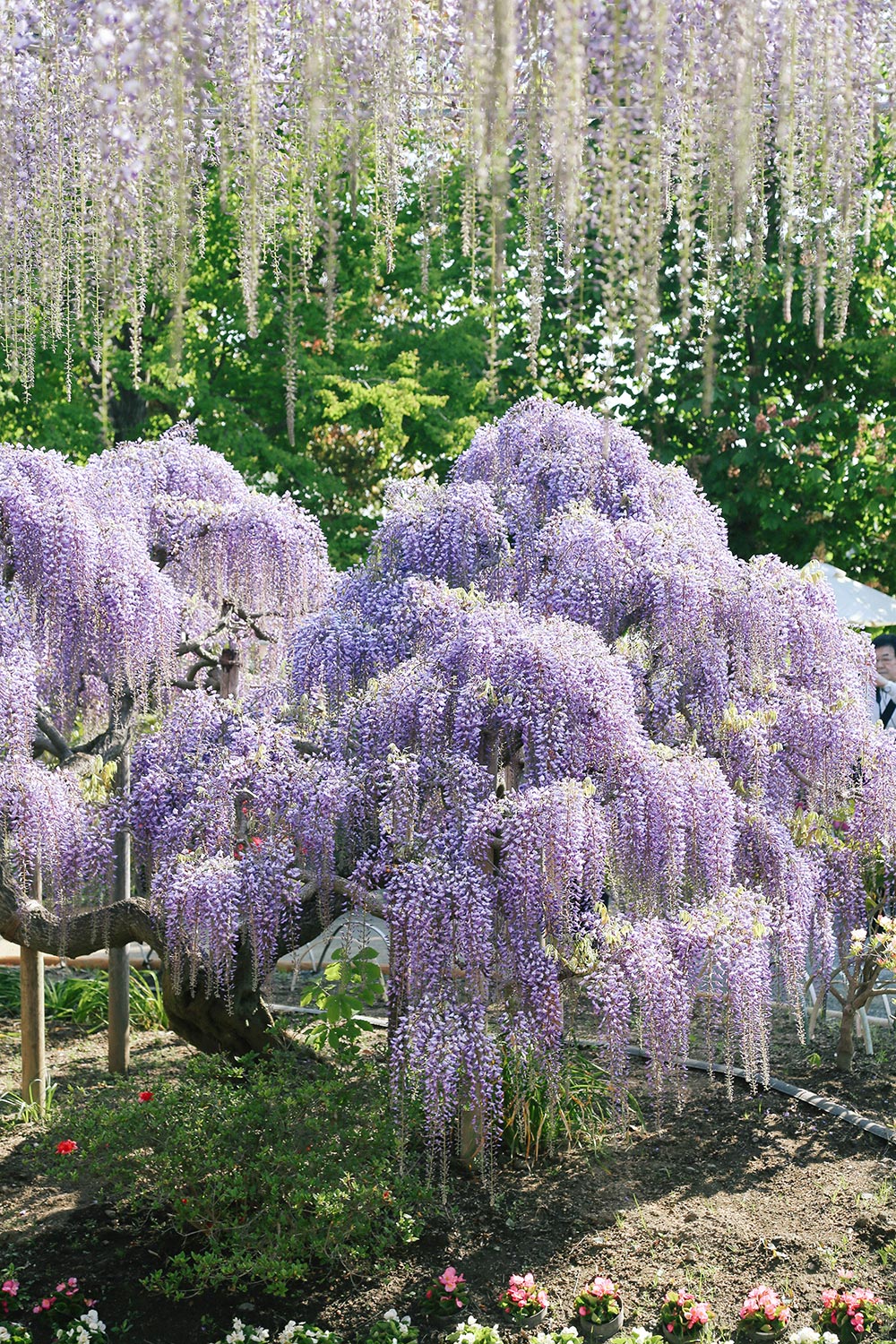 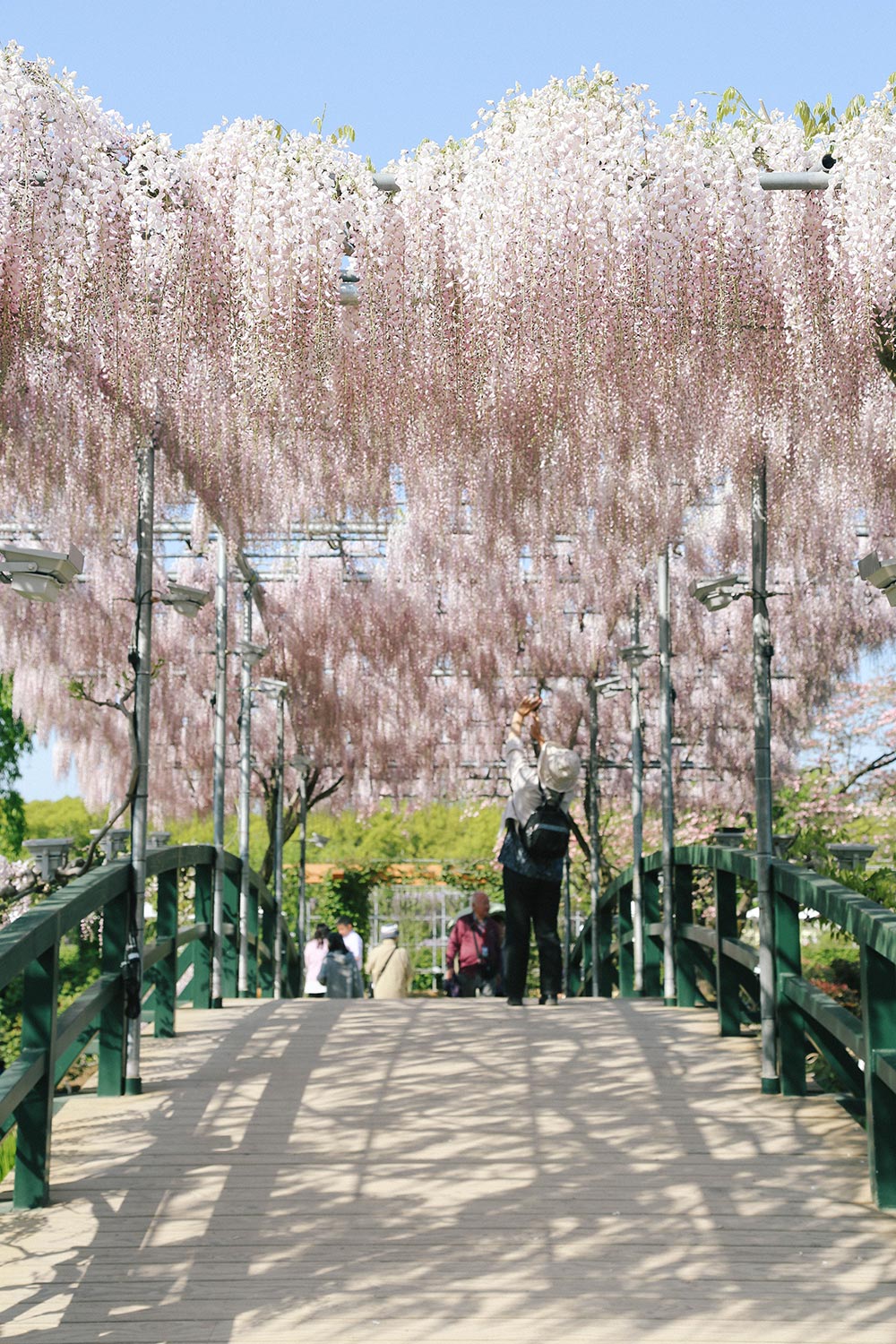 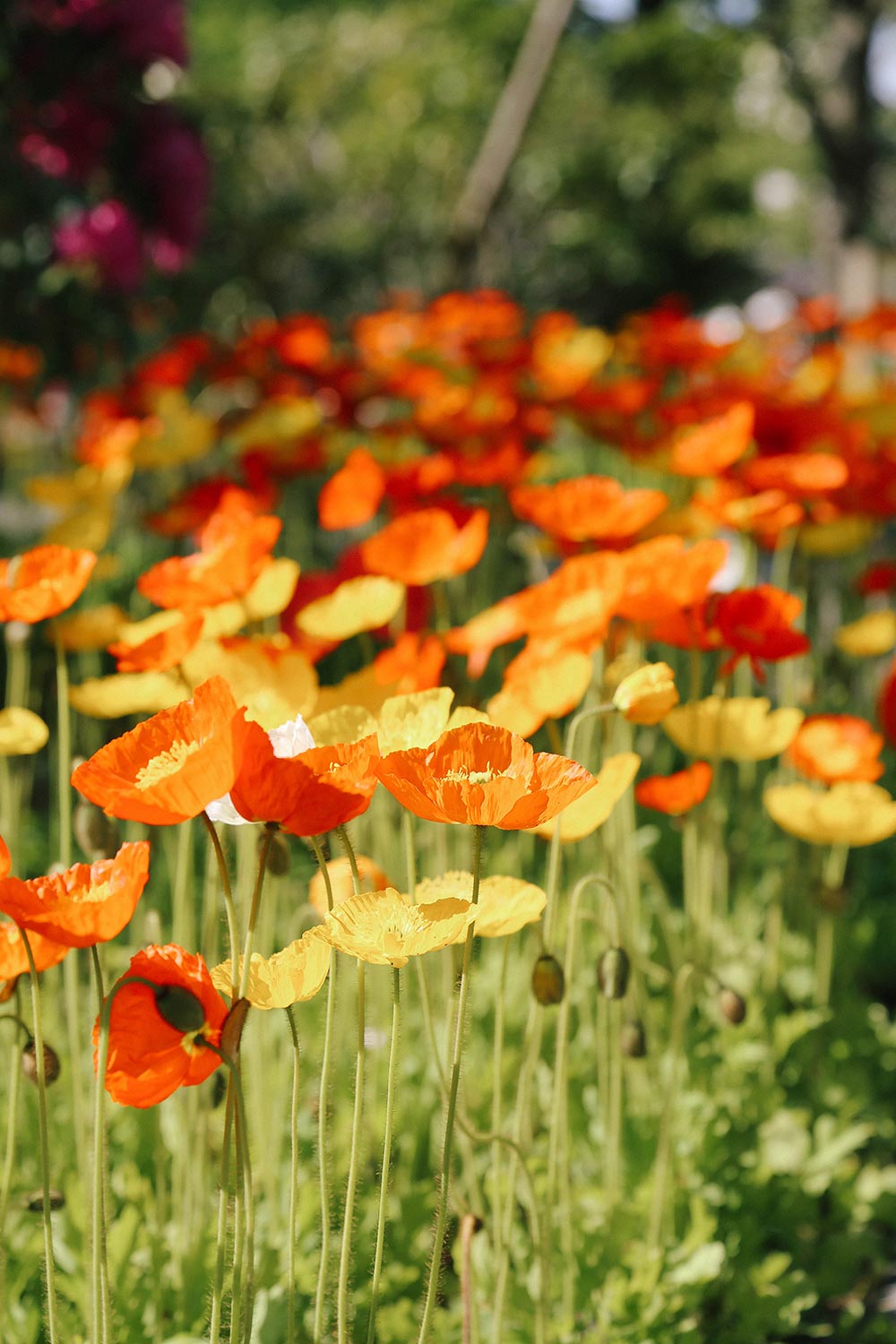 The trees were gorgeous and rather overwhelming; they are unbelievably pretty in the gentle morning sunlight. The white flowers were a little past bloom, purple were at their peak and yellow were on their way. It’s hard to capture the beauty of the park on film, let alone the fragrance; but with the whole park flowering, a scent wafted through the air. 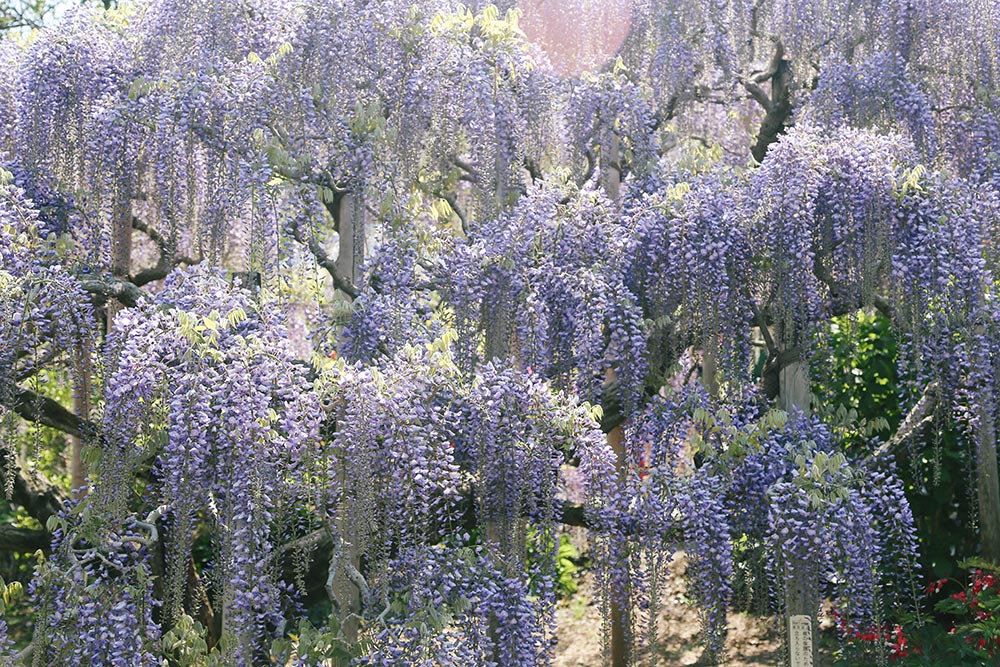 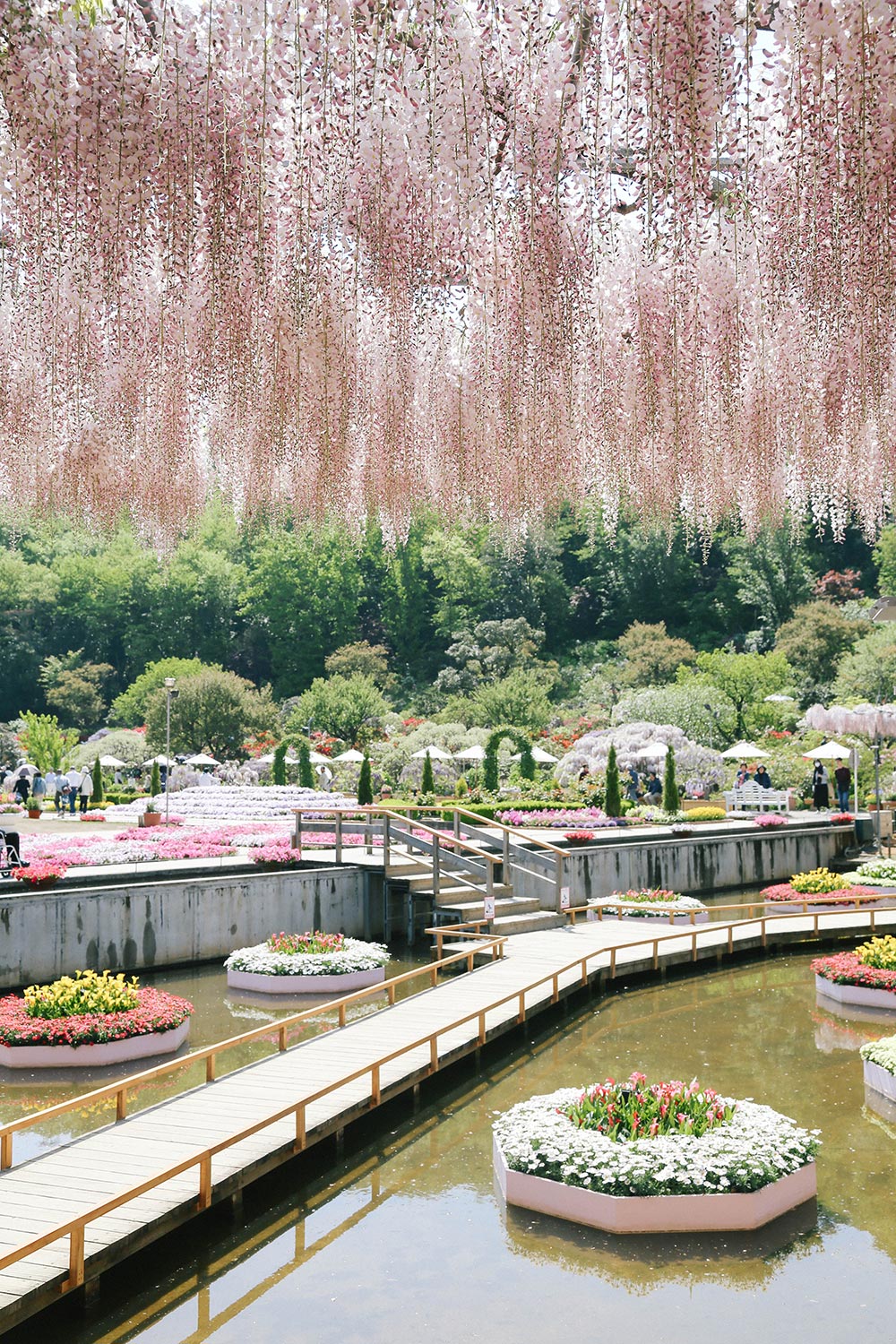 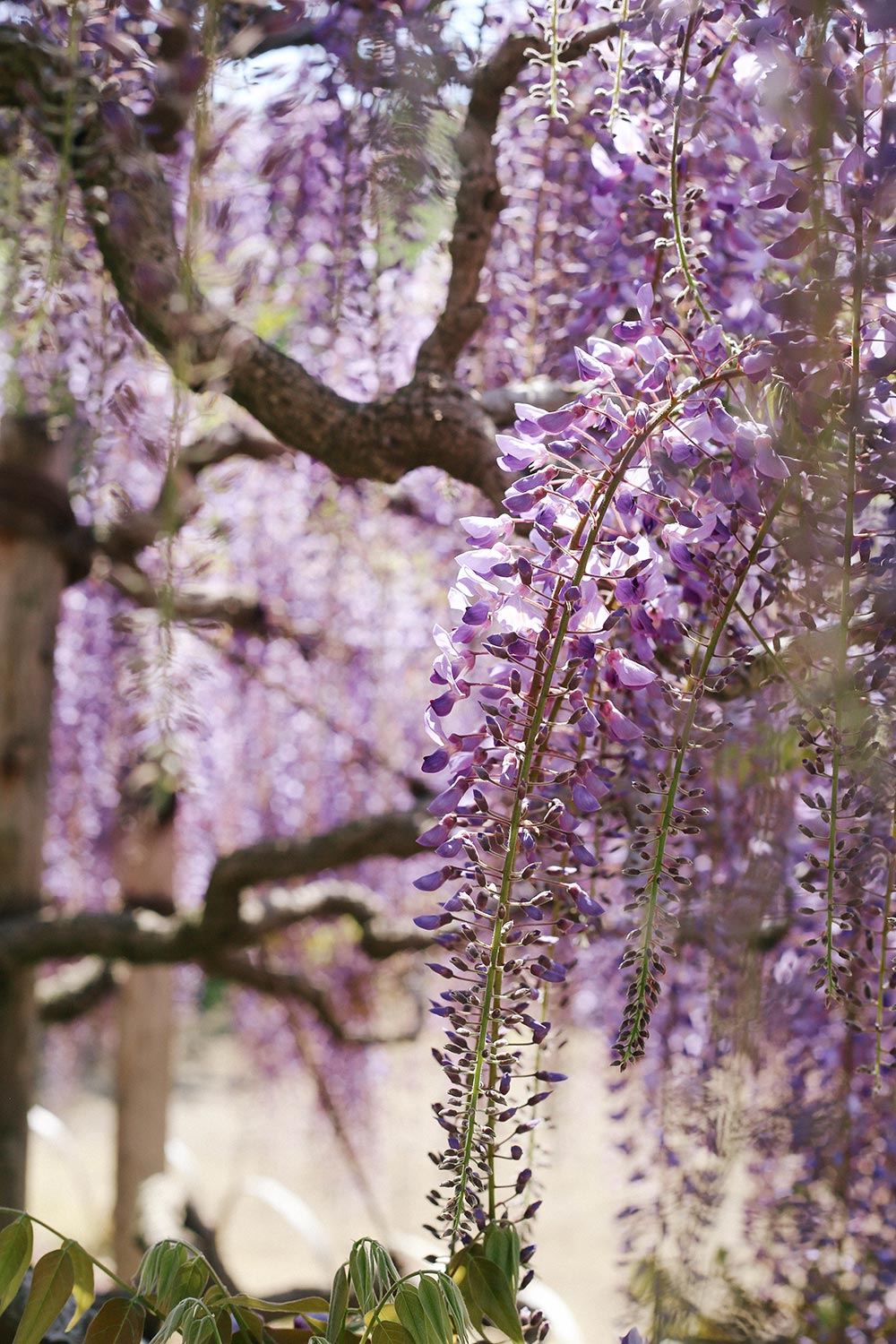 With different flowers on show year round, there were also azaleas, rhododendrons and roses on show. Giant bumble bees roamed around while gardeners quietly manicured away. As time passed, the park became more and more crowded with tourists and students arriving on buses. Early morning was easily the best time of day. 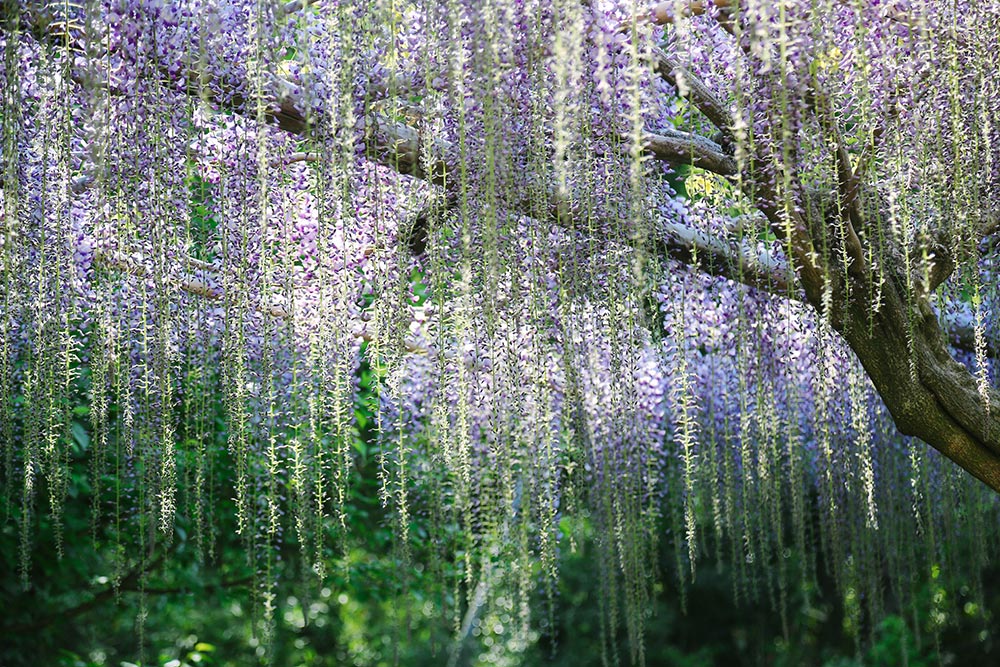 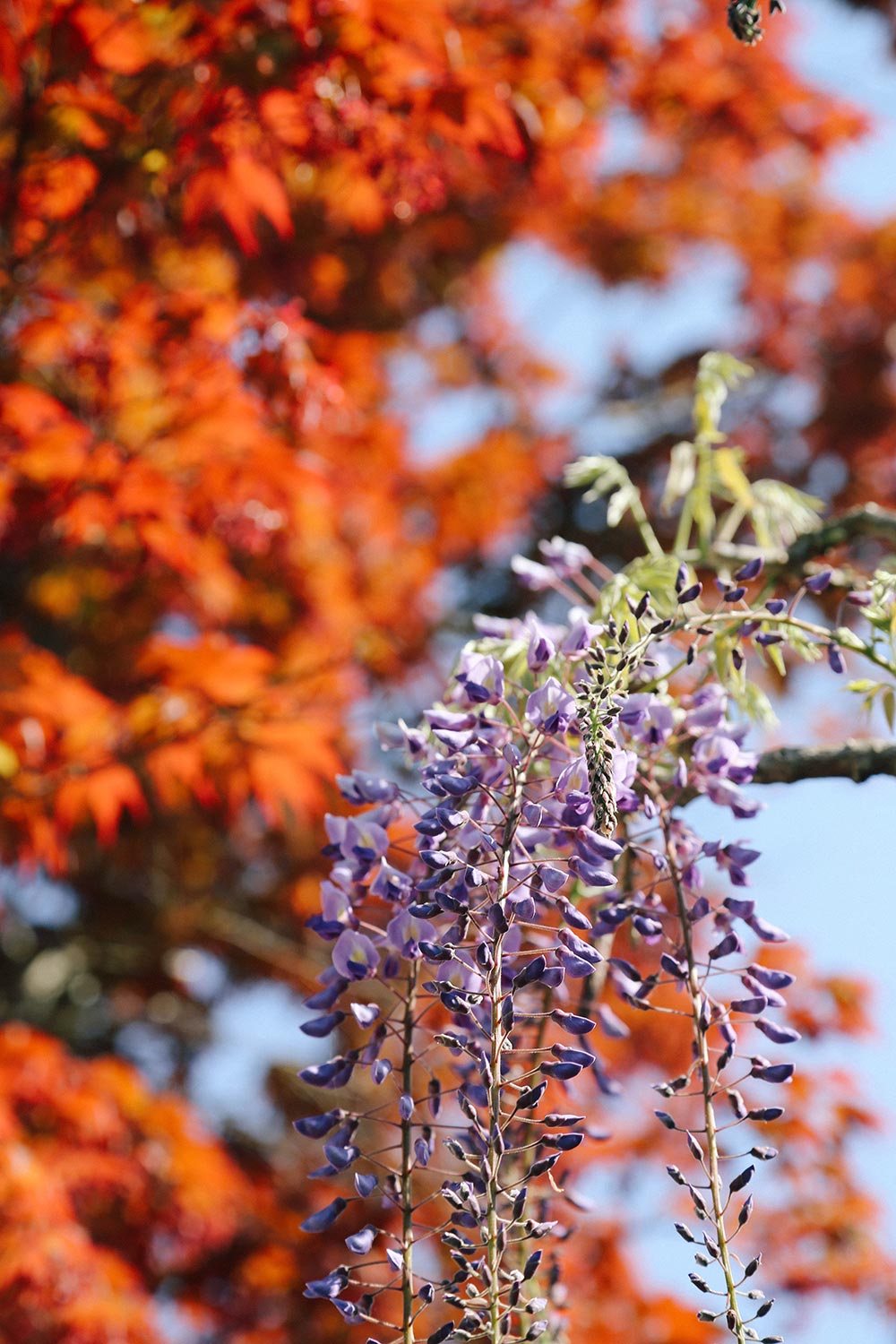 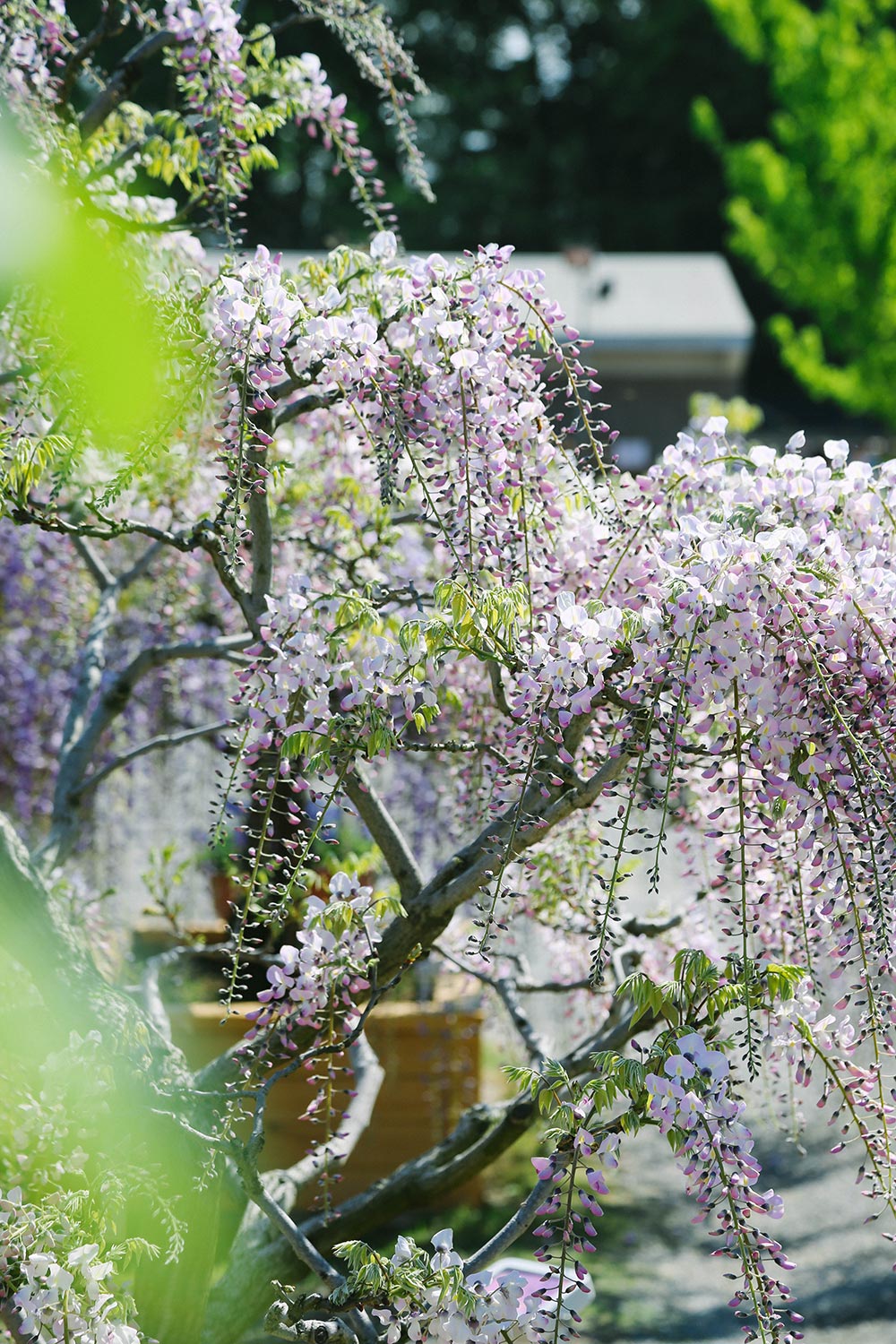 The purple wisteria flavored ice cream proved most popular at stalls around the park – so much so it has its own key on the map. Sitting beneath a canopy of flowers, it was a strange but welcome treat in the sunshine. The gift shop and nursery sell more purple omiyage than you could possibly imagine, with wisteria manju, mochi, cakes, soda, cosmetics and more. I left happy to have visited one of the prettiest places in Japan. 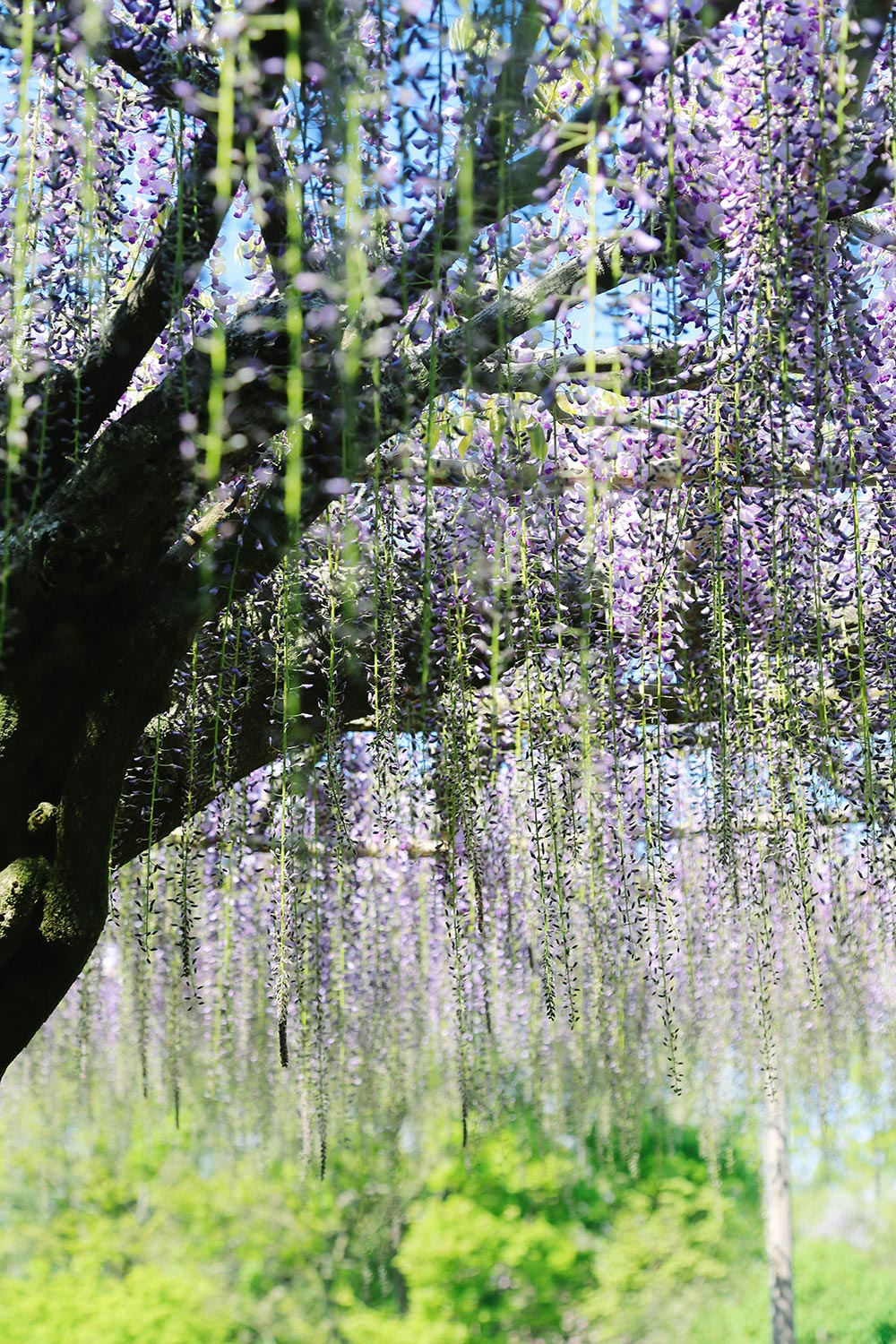 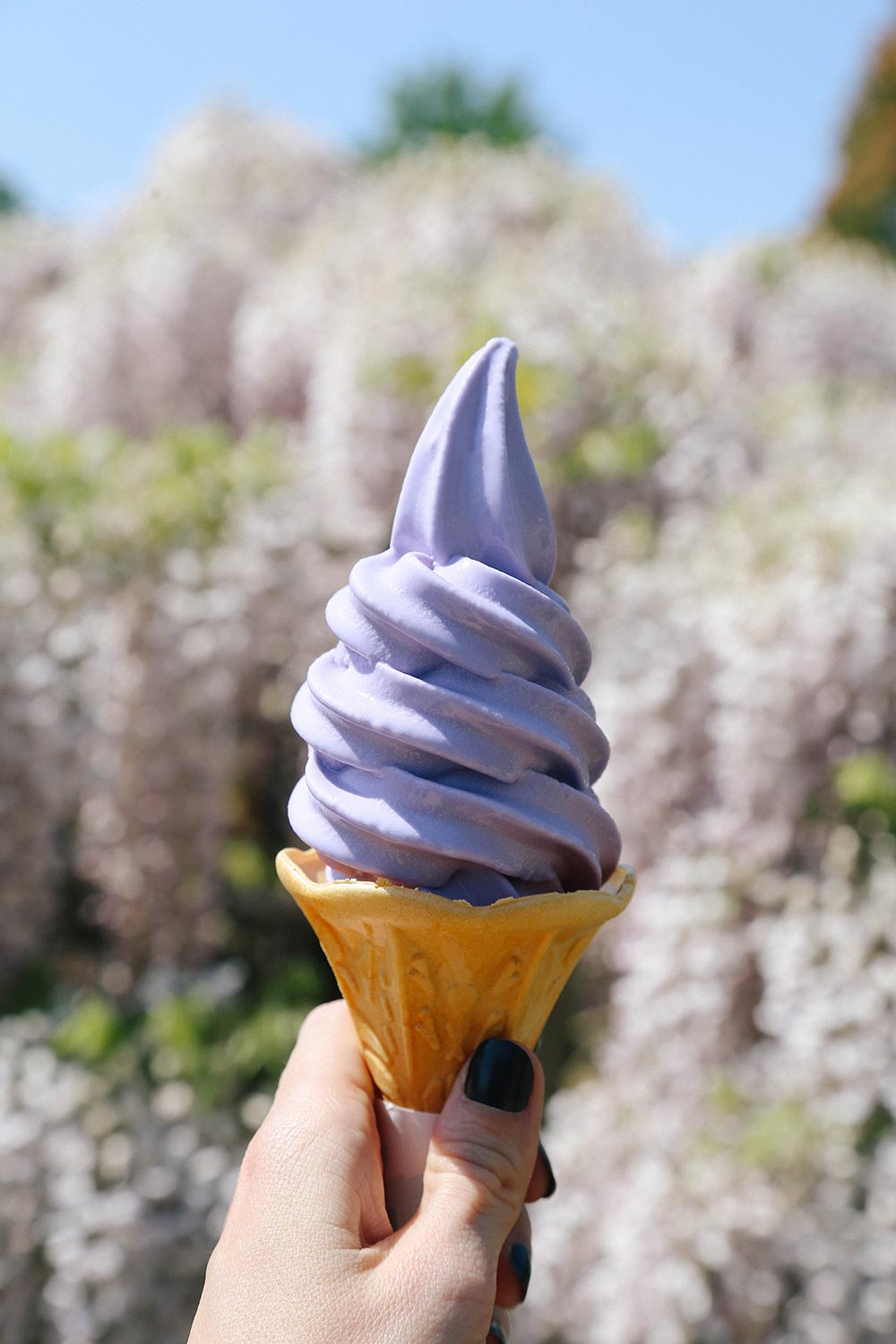 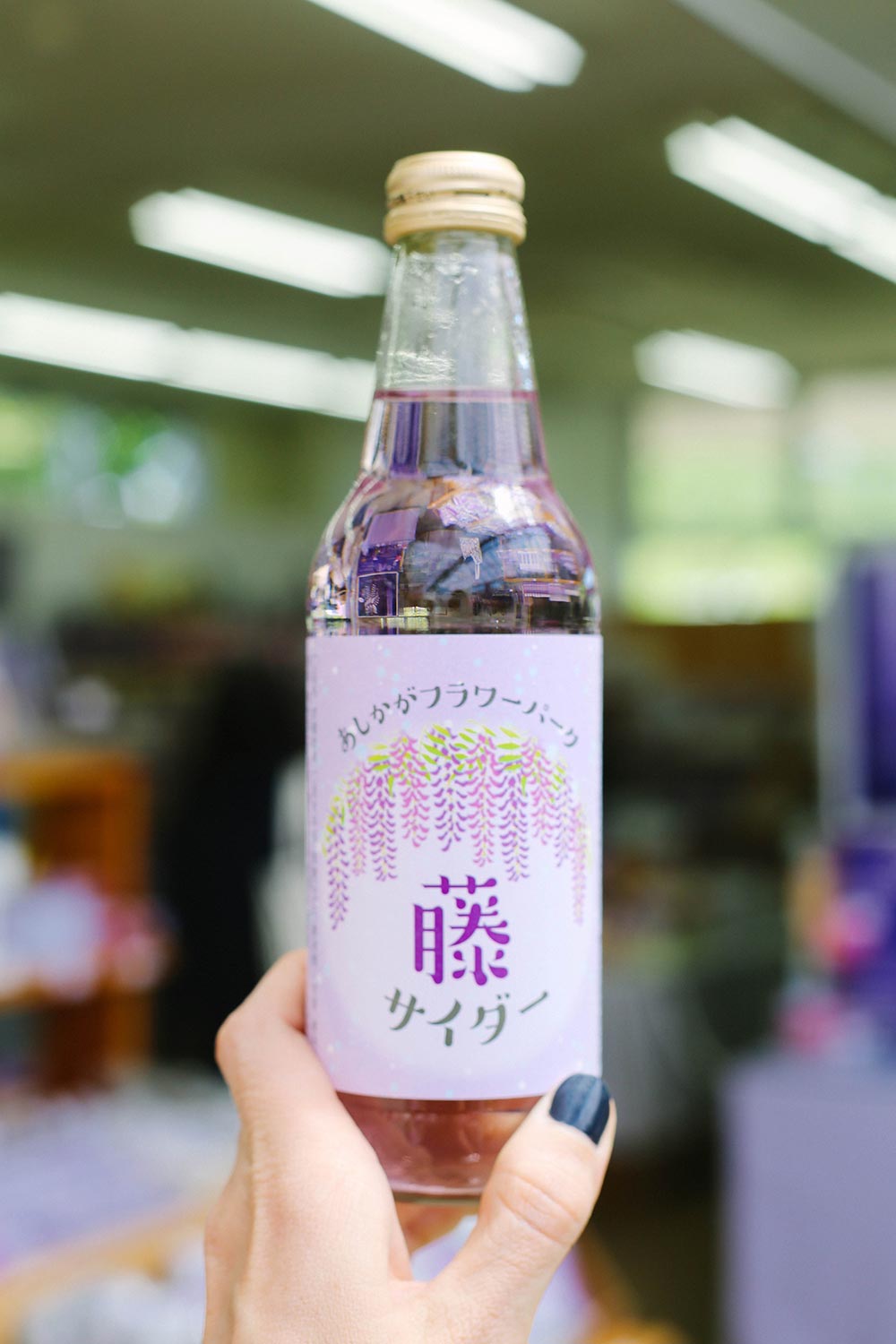 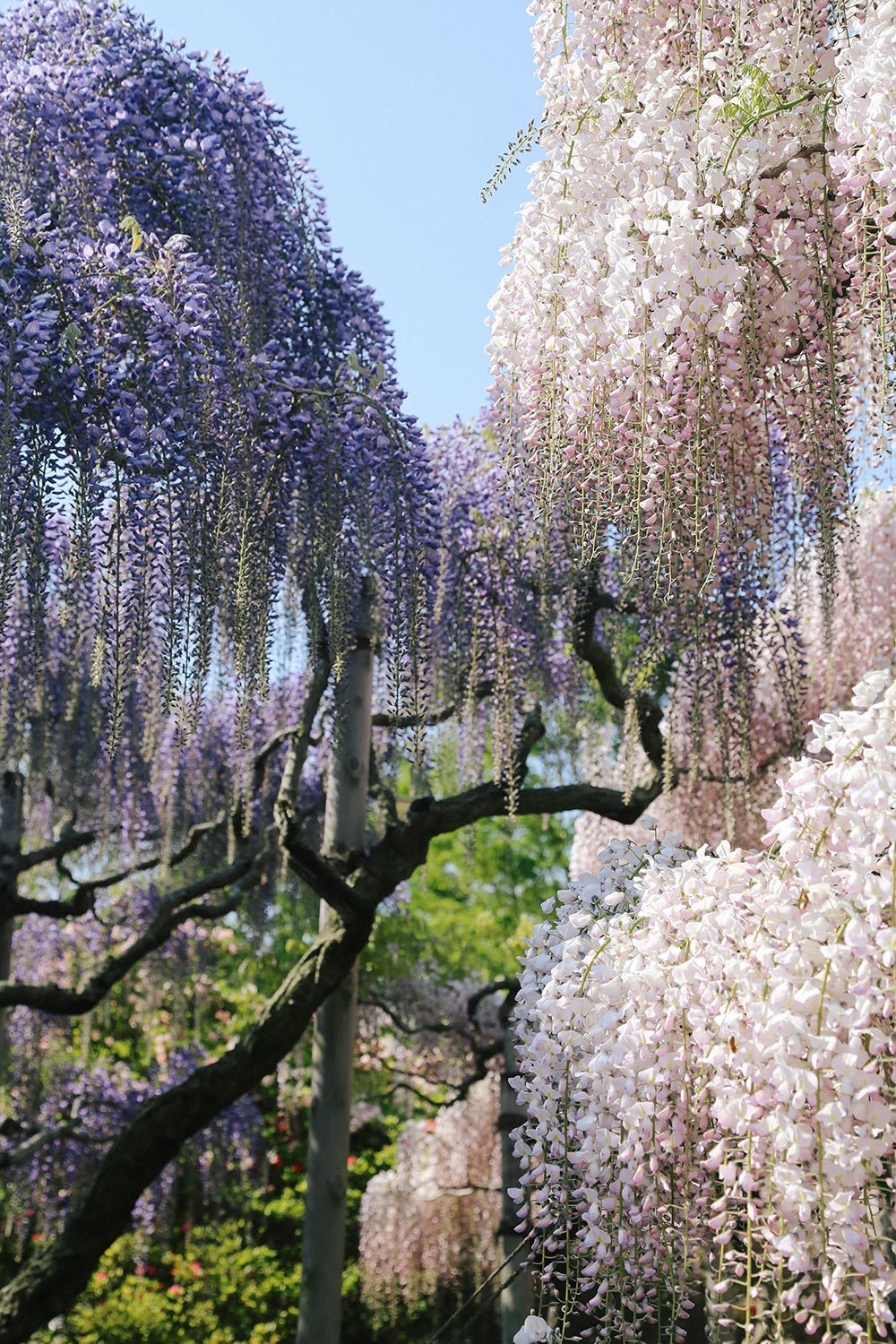 Getting There and Around

Admission changes depending on the season. As more flowers come into bloom, entry becomes more expensive! You can find a great map of the park online here. It can be quite the journey from Tokyo, use Hyperdia to check the best train route to Tomita Station. Ashikaga Flower Park (あしかがフラワーパーク) is a 13 minute walk away. 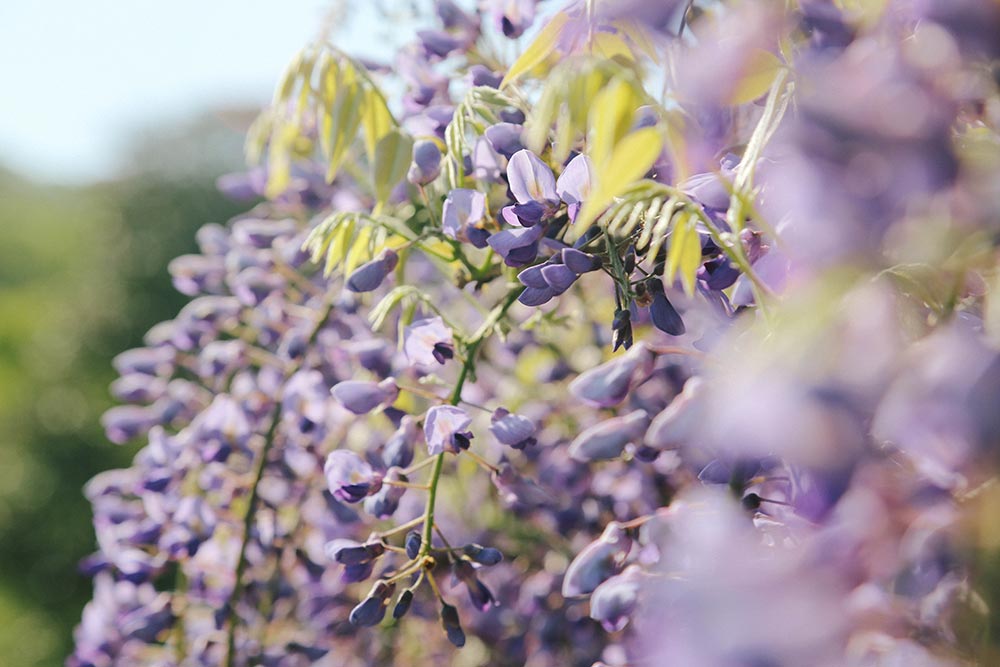 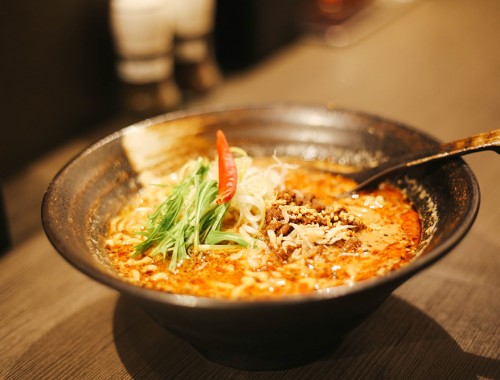 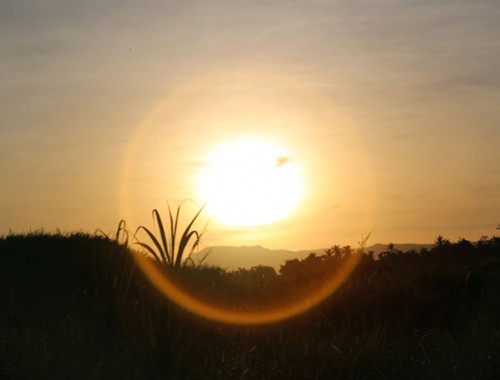 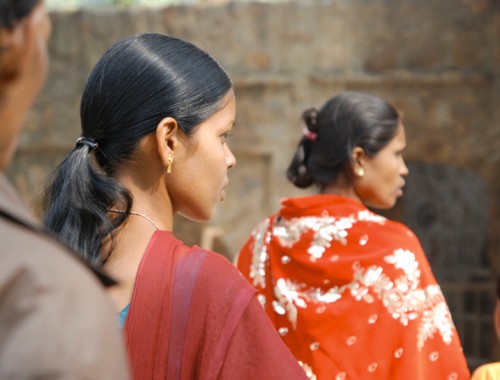