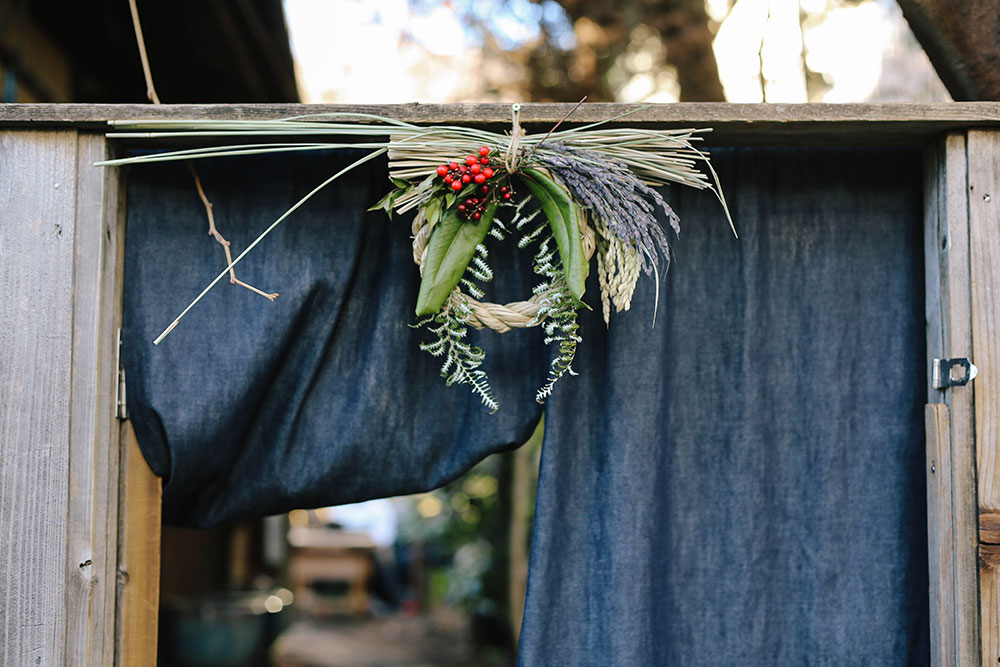 Happy New Year! Though it was a few days ago now, the celebrations are still continuing in Tokyo. While we spent this years countdown at a wonderful party with friends, in Japan this is typically a time to spend with family. There are many customs around this special time of year and after visiting Meiji Jingu for my first prayer yesterday, I wanted to compile a list of some of them!

These beautiful decorations are hung at the entrances of homes and businesses to prevent bad spirits from entering. They range from simple to elaborate arrangements and are made of shimenawa, a braided straw rope (as you see at the entrance to shrines) along with many different materials such as ferns, tangerines and lobsters. Above is a simple shimekazari I found outside a tea house in Omotesando.

Another lovely form of decoration is kadomatsu, for welcoming ancestral spirits. They are made of three bamboo shoots which represent heaven, humanity and earth. Translated as pine gate they are placed in pairs either side of entrances, including our apartment. You might recognize them from the emoji keyboard!

RINGING OF THE BELLS: JOYA NO KANE 除夜の鐘

Temple bells are struck 108 times on New Years Eve, 107 times before midnight and once after. In Buddhism it is believed that humans are plagued by 108 desires. Ringing the bells drives these desires away and purifies us for a new year. Some temples allow visitors to participate in the ringing themselves.

Watching the first sunrise of the year is another traditional way to welcome the new year. Many people wake early and brave the cold to gather on beaches, mountains and everywhere in-between to pray for good fortune as they watch it. We didn’t quite make it this year! Some even mark this special occasion at Mt Fuji.

The first prayer of the year is the most important; with many people visiting Shinto Shrines during the first days of January. At this time of year, around 3 million people visit Meiji Jingu in Shibuya and I joined the long lines of visitors yesterday for my first prayer. To visit, toss a coin from the altar, bow twice, clap twice, make a prayer and bow once more. 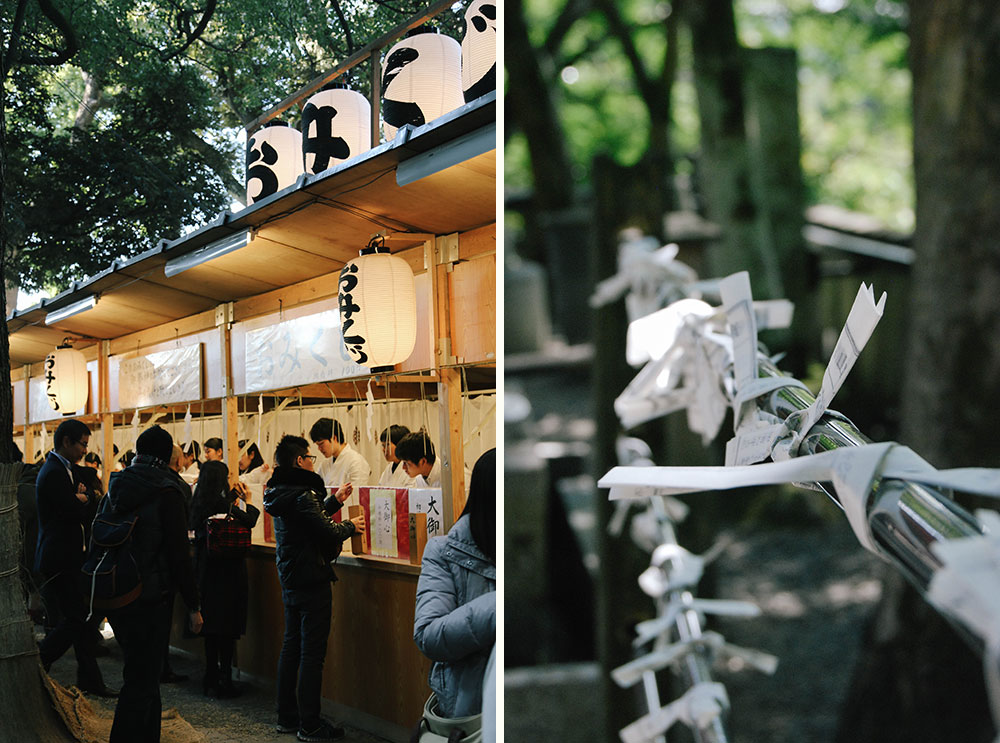 Omikuji are fortunes written on strips of paper at shrines and temples. Visitors make a small donation and randomly select one from the box. Fortunes range from a great blessing to a great curse. When the fortune is unlucky, it’s customary to tie it to a tree or railing at the temple to try and leave the bad luck behind!

The new year is also a time to buy good luck charms and talismans from the stalls outside shrines and temples. Daruma dolls represent the founder of Zen Buddhism and are purchased with blank eyes. When you wish for something, you paint on the first eye and place it somewhere that will remind you of your wish daily. When the wish is fulfilled you paint on the second eye.

A decorative wooden arrow that can only be purchased during the first days of the new year. Literally translated as demon-breaking arrow, they ward off misfortune and attract good luck. I’ve seen these beautiful arrows everywhere this week, mostly poking out of commuters bags on the subway!

Nengajo is the tradition of sending New Years Day postcards to friends and relatives. Designs often feature the zodiac animal for the new year, so this year we mailed cute monkeys all over the world. Some cards even include numbers for a special lottery. It’s the busiest time of year for Japan Post as they hold the postcards and deliver them en-masse on the 1st of January. Such a lovely surprise to wake up to!

One of the many food customs is eating mochi. These soft rice cakes are made from boiled sticky rice that is mashed into a dumpling. We’ve even tried this at a festival, using a large hammer to mash the mixture inside a wooden tub! Kagami mochi is a decorative version, made from two mochi with a tangerine on top. It’s traditionally displayed before being broken and eaten during the second weekend of January.

Otoshidama is the tradition of adults giving children money on New Years Day, the equivalent of receiving gifts for Christmas. Notes are placed inside ochibukuro, beautiful (and incredibly cute) envelopes. Children typically receive these envelopes from their parents and relatives to wish them a new year. 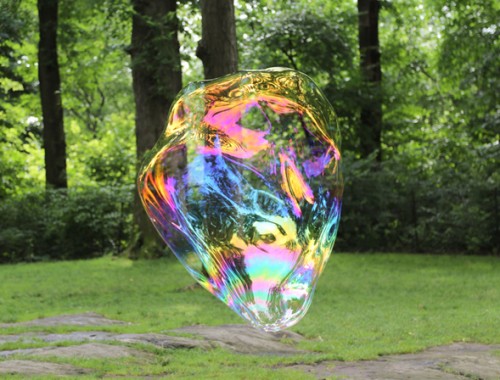 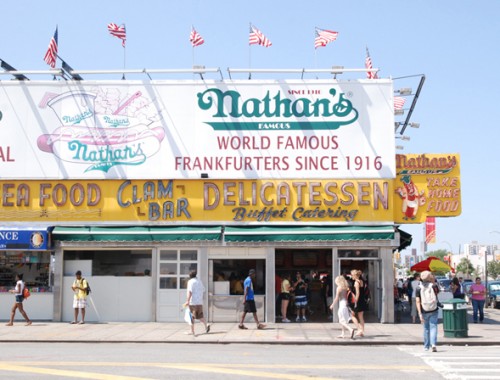 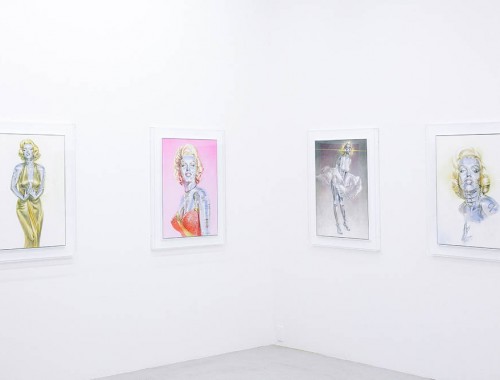